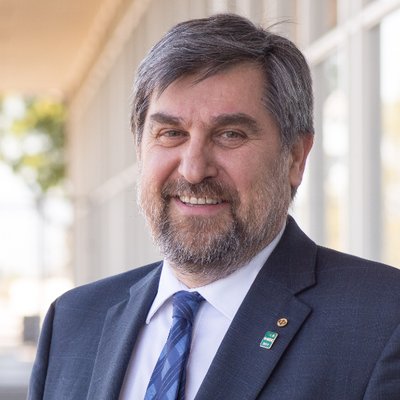 Dejan Milojicic is a catalyst of change and a technical leader in systems software. He is currently a distinguished technologist at Hewlett Packard Labs, Palo Alto, CA (1998-). He has worked at the OSF Research Institute in Cambridge, MA (1994-1998) and at the Mihajlo Pupin Institute in Belgrade, Serbia (1983-1991). He received his PhD from University of Kaiserslautern, Germany (1993); and his MSc/BSc from Belgrade University, Serbia (1986/1983). He was a technical director of the Open Cirrus Cloud Computing Testbed (2007-2011), which had academic and industrial sites in the US, Europe, and Asia. He have published over 180 papers and 2 books; he holds 41 granted patents and over 120 patent applications. He is an IEEE Fellow (2010), ACM Distinguished Engineer (2008), and USENIX member.

He was president of the IEEE Computer Society (2014) and served on the IEEE Board in 2017-2018. He started IEEE Computing Now and became its inaugural Editor-in-Chief, innovating content delivery through mashups. He started three conferences (IEEE ASAP; ACM/USENIX WIESS; IEEE Infrastructure). He has been on many conference program committees and journal editorial boards. He spearheaded the Computer Society Report 2022, which was a technical underpinning for 2 Computer Society strategic plans. He co-invented Special Technical Communities, innovating organization of IEEE-CS members and contributors. He co-chaired the IEEE Confluence report (2017), an industry trend paper on Cybersecurity and Artificial Intelligence. He was Chair of the IEEE Industry Engagement Ad Hoc Committee (2015-2017), which culminated in a Committee of IEEE, of which he is now the Past Chair and serving a 2-year term (2019-2020).

All Sessions by Dejan Milojičić