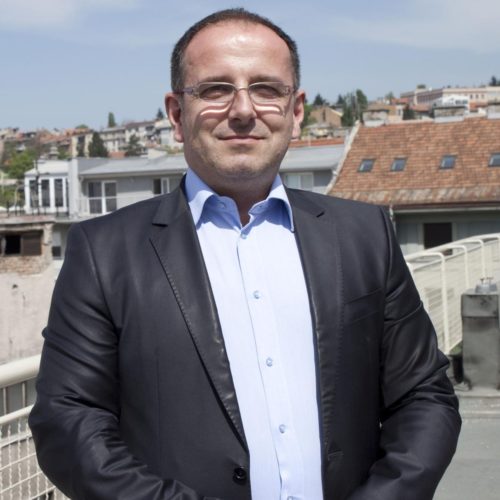 Erned Metaj is recognised as one of the leading and innovative journalist in Bosnia & Herzegovina with a rich a career that ranges across various forms of media, media management and NGOs. He graduated with a degree in journalism from the Faculty of Political Sciences, University of Sarajevo.

From 2017 until 2019, Ernad has been the editor of the newsroom program for TV1. He is the author of several original documentary series such as: ,”Šta sve Drina nos”i,serijal emisija “Koliko još”. Ernad has also spent extensive time as an observer of election processes as part of the “Pod Lupom” project. He has coordinated several EU projects for over 4 years including ”MURS-MURS, Discrimination in Europe”,”Creative Youth for a better EU”,International Friendship Festival Gorazde.

Ernad is widely recognised for his work with youth and his support of reconciliation in Bosnia & Herzegovina. In recent times Ernad is recognised by his work with the popular TV show “Bez cenzure i straha” (Without censorship or fear).

All Sessions by Ernad Metaj