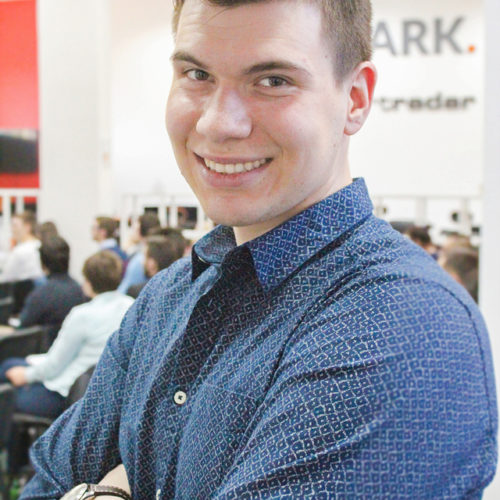 Haris Selmanovic was born in Tuzla, Bosnia & Herzegovina, where he is in his final year of undergraduate studies in Computer Science and Informatics at the Faculty of Electrical Engineering.

He has been very active with many CSOs, spending his 4th grade as a Board member in the ASuBiH (Association of Secondary School Students in BiH) where he had the opportunity to manage an organisation totally ran by secondary school students. During that period, Selmanovic worked as a youth educator and project manager.

During his studies, his volunteering efforts grew greater as he was a Board Member in EESTEC LC Tuzla (Electrical Engineering Student European Association) and then a key person behind the reestablishment of the IEEE Student Branch at the University of Tuzla. The inspiration to start the Student Branch again came after Selmanovic took part in the first IEEE Student and Young Professional Congress B&H as an ambassador and participant. After that, he was an active contributor and a part of the core organizing team for the last 2 congresses. For his efforts, he was rewarded the IEEE President’s Challenge Coin.

Through the congress, he met professor Edhem Custovic and then went on to join the Bosnia and Herzegovina Futures Foundation, first as a Volunteer Lead to later become a Board Member. As for the IEEE, he is now active as the IEEE Section BIH Student Representative, Steering Committee member for IEEE DataPort and the coordinator for IEEE Innovation Nation in Bosnia and Herzegovina.

Even though he will soon become an electrical engineer, Selmanovic has great passion for management of projects, people, events and businesses which led him to become a Project Manager in an international communications software company, Bicom Systems.