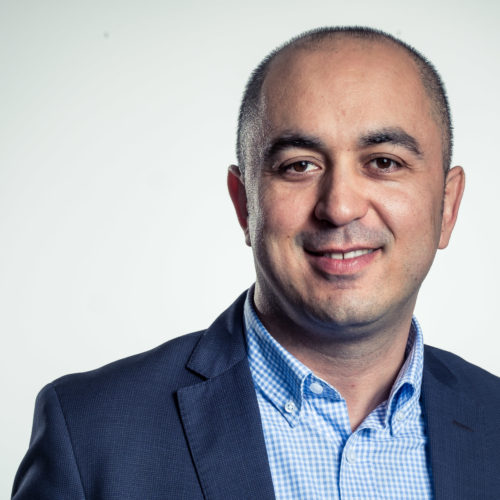 Muamer Babajic was born and raised in Germany. His parents are Bosnian. Growing up in Germany while war was going on in his parents homecountry, he understood that education is key to development, prosperty and self-determination. He graduated in business administration in Munich and founded his first company, Masterwerk® in 2009, in the peak of the economic crisis. Masterwerk® supplies components and engeneering services mainly to the German machine building and car industry.

In 2014, Muamer Babajic was awarded the Münchener-Phönix-Preis‘ by the City of Munich. Amongst other humanitarian engagements, Muamer Babajic and the whole team of Masterwerk® joined forces to organize immediate help after the devasting flood in Western Balkans in that same year. Muamer Babajic is a regular speaker at symposia and panels with topics attached to economic opportunities in Western Balkans, boost of growth and new models of collaboration in production and advanced technologies as robotics.

In 2016 he started the “Deutsches Kompetenzzentrum für Robotik” (DKR) located in Tuzla BIH with its primary goal to educate young people in the fields of automation, robotics and industry 4.0. In 2017, he was rewarded the ‚manager-of-the-year-award’ in Sarajevo. He is convinced that long term peace-keeping in the Western Balkan region can only be achieved through education in state-of-the-art-technology. He wants to connect people from foreign countries and from all regional origins to build a bright future on common interests.